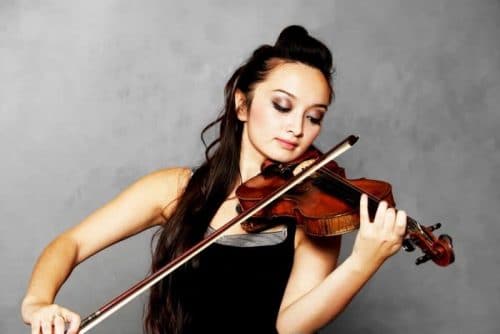 An electric Violin is something, consist of electronic audio output with the help of built-in pickups within a solid body! A survey by Musical Instrument of the modern musical gadgets, according to some context you can call it also an amplified Violin, or even an electro-acoustic Violin. Because it produces sound and spread it anywhere with the help of these!

Electric amped Violins started to us since the early 20’z but in different form and shapes! It started to flourish in the music world from the 1930-40’z

And within a few years of its mindblowing performance among the musicians and audience as well it started to getting popular day by day,

which is it’s continuing to grow! And definitely, the companies like Fender, Electro, Vega had a great deal of contribution behind it. 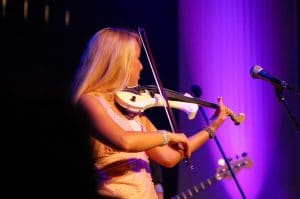 Electric violin uses Piezoelectricity bridge, magnetic and electrodynamic pickups, or even a body pick up you can even call it as a magnetic pick up as well

what is being attached on the fingerboard along with the amplifications like similar to the electric guitar as well!!

Connected along with the electromagnetic pickup can be located and installed under the acoustic Violin’s fingerboard as well!!

It helps to produce the tone and note, as intact as possible by creating an atmosphere of musical circumstances and flexibility as well!!

An electronic Violin can be designed with Carbon fibers and glass, Frets, and even extra strings which is able to perform just as electric guitar.

The significance of it:

within maintaining chorus, effects, wave in a minimal weight! An electric Violin is something, which is really easy to movable and has more flexibility to perform in front of people of concerts! 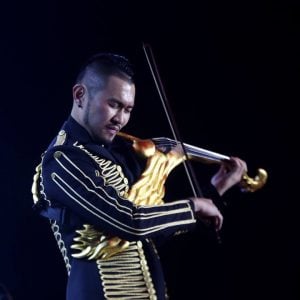 Though the violin is an instrument of using on mostly classical music, electric violin started to use on several musical genres because of its modernization and uniqueness!

You will be surprised to know that electric amplified violin is a classy musical weapon which is even famously used on modern Rock, Hip-Hop, Pop, Jazz, Jazz Fusion, experimental classic and even country!!

The differences between Electric and acoustic/unplugged violin?

Acoustic Violin is having a Hollow structured pattern but the electric violin is made by a solid one and connected with the amplifier for the audio output.

Classical or acoustic Violin has a sound box as a way of spreading the sound but having not that type of sound box,

which produces and spread the sound naturally, an eclectic violin uses the amplifier in case of it. If you don’t connect it, it can’t be the heart! An electric violin is lighter in weight when an unplugged violin consists of at least 480 grams of it!

A classical Violin consists of four strings when electric violin uses 5-7 strings as it’s a pattern! The acoustic violin has a patterned traditional design.

when an electric violin has countless fashionable designs. On the other hand, it doesn’t even vibrate when you play it like the classical one, so you may miss the ‘feel’!

An electric violin doesn’t even have the same sound like the acoustic one! Because logically it produces sounds quite different. By using effect,

It can be heard as similar to the classical one. But that’s really clear, the intention of Electric violin is quite different! 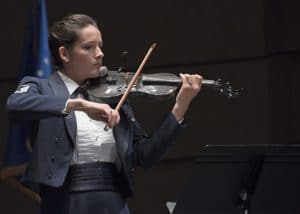 Well, to be honest, there’s no situation of despising among the violin players it doesn’t really matter much if you are an acoustic violin player or electric!

In the world of music, artists learn to respect each other as a good human being!! Because music is what makes us human!!

In the world of Violin players, acoustic players regarded as the asset of classical music! And as an outcome being a classical violin player it doesn’t really mean that you will be great on any genre like Jazz!!

It depends on the choice and capacity of an artist on which genre he chooses to be a master of it!! YEAH! 😀

On the other hand, being an electric violin player, it doesn’t make any sense if you think they will be good at Rock or other genres!! An instrument is just a tool,

There is also some great violinist who plays electric violins!! So, does that make them an amateur player? NO WAY!!

A classical violin player can also be a Rock music fan!! He/she doesn’t have to be oldies, lovers!! HAHA ?

To be a good violin player you have to follow some rules strictly so let’s take a look to it:

Regarding all the discussed ideas, we can surely get the idea of the do the two groups of violin players acoustic and Electric have any despise among them? Well not really!

We went through the structure, formation, Nostalgia, acceptance, and the differences of both type of violins which will enlighten us on every possible way beyond any doubt!

Because that type of musical instrument is very much able to move you away to another world of relaxation which you won’t get in our one!!