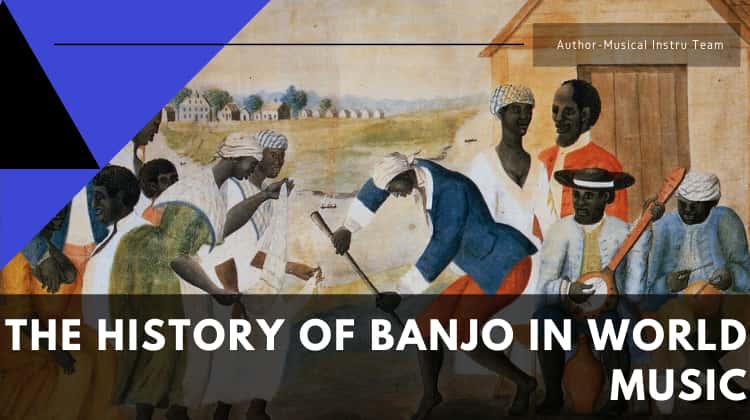 As many of us already know that Music is all around us, all you have to is listen! Just like that old quote, we already know the contribution of instruments what fulfills and mature the establishment of Music for thousands of years, Banjo is like that type of instrument what played its leading role till now to make the music more smooth, listenable, melodic, complete and accomplished its actual aim in human life. So, let’s take a look at that article about what a Banjo really is, why is it so popular and definitely the legacy and history of Banjo as a unique instrument for centuries after centuries even in modern music as well! CHECK THAT OUT FOLKS….

The story of Banjo:

Even the celebrity author and political critics like Mark Twain choose Banjo as his favorite instrument to play because not a single instrument faced the bitter reality like the Banjo to survive on earth to become an instrument for all kind and class of people on our society.

An instrument like Banjo who is the instrument of a working class to the blue blood elite class is really rated in the history of musical instruments!! WOOOOOW…..

Banjo as an instrument:

It’s an instrument of 4-6 consisted strings within a resonator cavity as a frame made by the animal’s skin, still mostly made by the African American musicians because history says, they are the one who brought it on the American soil as a slave ?

Banjo players are also known as Banjoists as well. Banjo had a really good impact upon music on the era of Jazz music!

5 strings Banjos are the most popular one with as Resonator to play it, but the majority of the Banjoists choose to play it with their own hands! ?

The is the most common form of Banjos which also knows as the classic and open back Banjos as well. Banjos is the only instrument which came a long way of the native’s slave or African Americans to British or American sophisticated music hall rooms in front of the Elite society as a respected audience!

The musical history of Banjo:

The modernized Banjo is the upgraded version of its origin used in the mostly Caribbean island from the early 17th century!! The Banjo players were mostly African slaves taken from western Africa and it spreads on North America within the 18th century because of its ongoing popularity! 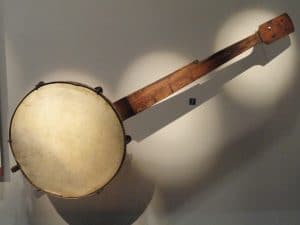 Banjo was their way of flourishing the grieffully emotions of their cruel, ill-fated, forceful slave life…. ?

So, we can really get the smell of  of the touchy historic aspect of that particular instrument which has sweat, bloods, and tears within it!! DAMN…

According to some sources, the name Banjo came from the Portuguese word Bandore and Spanish word Bandurria which simply signifies of the brutal European colonized period!!

Regarding that circumstances, we can get the idea of the bloody history behind that instruments of the poor Black people of Africa!

No one knows how much emotions are mixed with that particular instrument of the ill-fated slaved Black people for hundreds of years!

How to play Banjo? can be a good question for the readers of us who are investing their time to read a lot through it already,

So, let’s a look at some of the world-famous Banjo playing techniques of the music world:

Modern Banjo has different forms of it, and you will be amused to know it has 4-6 strings to it as an upgraded modern instrument! WOW…. 😀

Banjo is quite similar to any guitar like lead and Bass guitar as well. Having a really clear goal about what you are going to do with your Banjo, will choose you to select your one!!

The result of your playing is very much dependent on your Banjo to choose! Hmmmmmm….

The looks of a Banjo are really simple, but you have to keep things in mind like the closed or open back. How many strings there will be in it? In what purpose you are going to use it even the genre you would choose for the Banjo to be used etc. 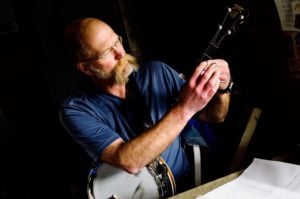 In the period of late 19’z to early 20’z, the importance of Low Banjo rose up in the music world! Started to widely used in Banjo, guitar, and Mandolin and Symphony orchestras at the same time!

On the other hand, the brand new 5 strings Cello Banjo started to flourish in the concerts as a new and upgraded version of it! Which eventually became the modern Banjos of our world by its constant gradual development!! HELL YEAH! 😀

4 Strings Banjo and its use on different genres:

Plectrum and Tenors are the two form of 4 strings Banjo. Plectrum is considered as the standardized version of it what made them use it on several Musical theaters,

Genres like Blues, and Jazz as sometimes as the replacement of the electric guitar! Its melodious solo gives extra excitement for the listers to connect themselves from the core of their heart! ?

What was the only instrument, which played on rural bands to the sophisticated urban classy bands on every corner of the globe!!

That unique instrument played on several different genres like Jazz, melody, Arabic, Japanese, country and even folk!! Which is really rare, and made that particular African instrument upgraded as the global version of it as well!! ?

It has much flexibility for his short-necked shape, it has received much more popularity after early 19’z and started to widely used on dance bands and several orchestras back in a 20’th century!

That particular instrument was heavily used by the particular Irish Banjo players on several concerts and recording sessions at the age of the 1960’s!!

On the other hand, the standard version of it called Plectrum Banjo because of its short Drone strings, which were easy to play with much more flexibilities for the players as well.

That 4 strings light Banjo, started to use on several famous urban Music theaters for its uniqueness and advantages what made the Banjo popular among the sophisticated Elite class of the society

from the history of long enslaved life of the poor African fellows!! And eventually, that made a deep impact for flourished its worldwide popularity based on that issue!! YEAH! 😀

That type of modern Banjos is able to pitch on a high tempo with Reentrant tuning! It gets tuned as the highest on the 5th string from the lowest from of its gradual development of the minor strings!

Originally designed by Sweeney widely used on Classical music since the 20th centuries, such as Opera and Piano concerts like Yanni’s and Wind of change! WOW.

Banjos uniqueness and use on different genres by its constant upgradations as the history of Banjo:

Has a great standard on every Bass playing format, you have to grab it horizontally, seems like kinda Bass violin, consist with 3-4 strings!

It’s a really large instrument to play, but in the end, you will realize after playing this, that was really worth it!! BINGO 😀

Invented in Great Britain, by an artist like William Temlet. A great Banjo maker from modern music history! He even made Banjos, up to 7 strings what made them a particular Bass Banjo to Rock on out in the middle!!

Made by a drum body and wired Strings, what Banjo had a great sophisticated history back in the late 18th century!

Players choose that instruments to be played even on Royal conference halls, in front of the Elite society of Great Britain what made,

this type of particular Banjo really famous among them and even to be a part of their Aristocrat social culture of the British empire as well!! WOOOOOW.

Even people like Sir Arthur Sullivan choose that particular instrument to be introduced and sponsored by him on the British elite society, what had a really great impact for that type of Banjos to be famous in front of the entire world as a classy instrument.

And people who played it out loud considered with respects as a Banjo player who actually played a vital to established the entire Banjo community,

as an instrument in front of not only the English sophisticated class but also for the rest of the world as well!!

Popularity and importance of Banjo, as a musical instrument:

Banjo as an instrument used in several different types of genres till his long and winding history on world music industry!!

It has been played since the period of African slaved people to the modern music society, and even in the 21st century, it’s playing as an important instrument on various classy concerts to the recorded LP as well!!

Eastern, western musicians to music directors and even genres like Opera, Orchestra Banjo played its important role with an attitude on every corner of the globe!

A decade after decades, it also had the formulation and structural change on his body according to the class and situation to keep in the head!

Banjo is something, and might be the only instrument, who can be replaced in the place of Lead guitar and even Bass guitars as well the eastern musicians, which is really really uncommon in the history of modern music bands!! WOOOOOW…… 😀

As we all know already the popularity of Banjo, as an important instrument even after hundreds of years of its glorious musical history, this time we will find several world-famous Banjoists or Banjo players

From the various country, race and even religious backgrounds which proves the ability of Banjo to make the entire music world under the one common shadow or platform as well!! ?

Some of the world-famous Banjo players are:

Above all discussions and analysis, we will definitely get the ideas of that particular topic of the glorious history of the Banjos as a worldly instrument and its long journey in the field of the world music industry!

4 thoughts on “The History of Banjo in World Music”