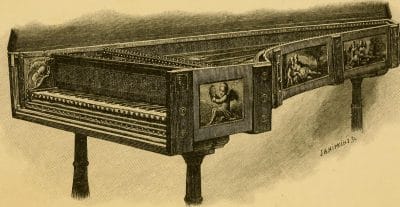 There’s another name for a piano which is called Pianoforte or French Piano! People even call it as a German Klavier as well!!

No matter what you called it anyway, according to the names, you surely got the idea of that Piano is a musical instrument which ruled over several European countries even though its different continental names!

This is what even influence us to celebrate the world piano day on 29th March on our modern music scenario! The legacy of that a particular musical instrument is connected with millions of listeners, pianist-composers, seven Piano builders, movers around the globe!

Who will pay their love and affection and even tribute towards their lovable piano which will flourish like a historical legacy for the next upcoming centuries like itself came a long way of the history of almost four centuries in world music!!

We even arranged a special infographic assignment only for you guys for celebrating that historic day as a part of their passion and a day to be remembered lifetime! SO WHY ARE YOU WAITING FOR? ENJOY…

Now check out and let’s take a look around to that classical musical instrument which has a glorious history of our music for almost 400 years!

Pressing the key of a piano helps a hammer to make noise, a hammer hits on the still strings of the piano which eventually outcomes by producing melodious tone!

The strings help to vibrate and maintaining the frequency to the noise, and when that noise comes out from the sound box, it created tones! When you release the key, it stops!

Because that vibration was only able to produce the noise as far as it could with the help of the energy of the pianist, to be honest! And it was unable to produce something more than this of its own!  That is why we call is an acoustic piano as well!

The piano invented mainly in Italy, through several stringed instrumental upgradations this is what we got which we call a Piano today!

But in modern days it consists of an iron frame, and this is what makes the sound much louder than the classic ones!

The piano has a much more disputed history to tell, about its inventions. Back in the 1709 piano was the very first instrument to play with the help of a keyboard and even started to use two colors on it, such as black keys are the bass keys and the vice versa as well!

But according to some sources, a piano is an instrument which already exists back in 1440 but on a different structure of the frame to be used at all!

Because of its upgradations, it became much cheaper and lighter in weight and even small in size which made that great instrument move affordable to use.

Mainly that was the actual size of a piano what we had seen today! ?

Back in the early 20th century, the string arrangement had a massive change, and that brought a revolutionary change on the sustention of the tone! In 1930 the electrical or electronic Piano came in the light of focus!

This time, digital technologies like the amp, sound box as an audio output, which eventually paved the way of the latest piano with the audio mixture, sound wave, processor etc.

To tell the truth, the industrial revolution played a massive role in the evolution of the Piano and along with the music industry as well.

This time they helped to create different models, huge productions, massive distributions by manufacturing several parts of it by producing high-quality workers and mechanisms as well.

That eventually played a superior role to flourish the popularity of the piano among the ordinary people and the world music industry indeed!