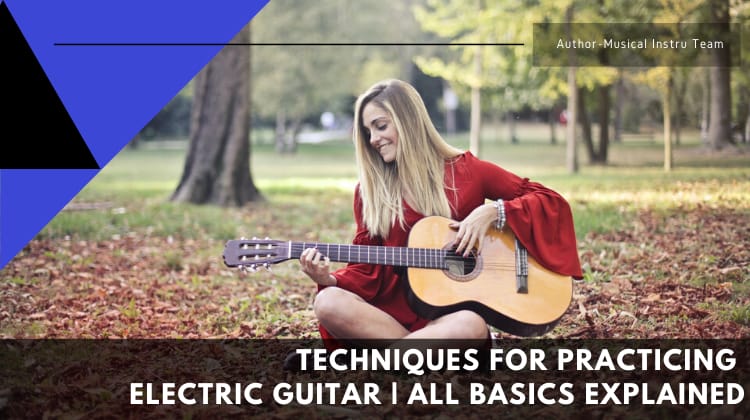 Learning new things nowadays is no big deal, thanks to the internet. I see many people learning guitar from online and that’s really good. You can learn whenever and whatever you want, without cost, and you can watch videos over and over again until you get a good hang on what you are trying to learn.

Having that said, there are a bunch of disadvantages when you are not learning under a personal trainer. Guitar learning is not a matter of weeks or a month. To develop even the basic cords it can take more than months. But beginners are always in hurry, they just can’t wait to play bar chords, those solos, and riffs they see john Petrucci, Steve vai, or any other favorite guitarist plays banging their heads!

The hunger is good, in fact having such an aim is the best since that will keep you rolling. But trouble is, in the excitement people develop bad forms of playing which doesn’t look bad at all initially. As they continue to develop, then it becomes hard to get rid of those long developed habits.

Who is your favorite guitarist? Whether that is a classical guitarist or heavy-metal, all of them have a single thing in common and that is good techniques. The technique is everything, it doesn’t matter how many cords you know or how fast you play, if there isn’t any help of a technique that that’s going to suck, for sure!

However, if you are a beginner and want to make sure that you are not developing any bad form that will hurt you in the future, have a look at this guide. You will thank me later, trust me!!!

You are not going to learn any new cords or practicing drills, these are only the basics that most beginners overlook and later struggles to develop them. Go through all these, follow them when you practice and grow!

Almost every beginner makes this mistake, even if it is told by the instructor. At the beginning of learning guitar, you will feel pain in your fingers and wrists, that’s pretty normal. Because keeping the strings pressed into the fretboard is a little tough at the beginning. Plus, you have to make sure you don’t touch other strings as well, which makes it even harder. But if you know the right way, with time it will get effortless for you.

Most people place their thump on the upper edge of the fretboard so that they get a good grip. And we call this Death grip. If you continue to play the guitar like this, when you will start to riffs, solos or complex chords, that would become hard. You will struggle to produce a clean sound because when your thumb is not on the upper side of the fret, you wouldn’t be able to properly land your fingertips on the string. There is a high chance that you will mute other strings.

I know at the beginning it will be hard to practice putting your thump back of the fret and not on the edge of the fret. But just stick to that for weeks, you will get a good hang and the forward path will be clean for sure.

Everyone wants to be fast at playing guitar since that is pretty impressive. But in order to get that speed, you need to start slow. Because not only speed that matters, the cleanliness is also highly important. Doesn’t matter how fast you play, if that doesn’t sound good, there is no point.

3. Practice both in standing and sitting positions.

This one is for those who have a long term plan, I mean performing live shows and all. If you are looking up to that in the future, then you better start practicing for that. Playing at home and performing stages in front of a lot of people are completely different. With the playing skill, there are some other skills as well that you will be needing. For example, staying clamp, learn to move your body as you play, and most importantly you should learn to play guitar in both positions sitting and standing. Plus, you need to learn walk and play as well, which looks really cool.

For guitar how important strings are? Metronome is as important as that! Music is all about rhythm and timing if anything goes wrong with these the music is ruined. Metronome is a small device that plays click sounds at a different speed and you can play guitar combining with that. There are a lot of videos on the web for right metronome use. If you don’t have the timing sense, then you will have to struggle so much.

Do not procrastinate! This is what ruins a lot of talented people’s carrier in the guitar profession. Set timing and doesn’t matter what happens, always do practice even if that is for 20 to 30-minutes, that is still better than no practice.

Well, these are the top 7 techniques for practicing electric guitars. All of these are extremely necessary if you have further plan with guitar playing. In the beginning, this might be a little hard, but keep going, it will become easier.